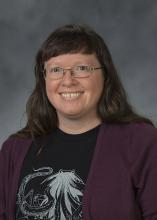 This guide will help you find industry information. Click the tabs to find additional online and print resources.

If you need additional help with your research, I'm available for consultations just email, call, or chat with me!

Use these resources to determine the market size, major players, etc. of a particular product or industry.

In 1997, a new system of classification was instituted incorporating Canada, Mexico and the United States and was called the North American Industry Classification System (NAICS, pronounced "nakes" which rhymes with "snakes"). Today NAICS is used by the Census Bureau's Economic Census and in many business publications.

These related research guides may also be of use: