Japanese Americans in the Sacramento Region and California

Resources focusing on Japanese Americans in the Sacramento Region and California, with emphasis on immigration and relocation camp experiences. 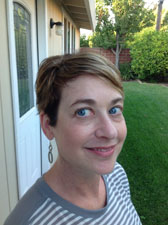 The CSUS Library has a close relationship to the local Japanese American community, fostered and enriched by the common interest in preserving their history in the Sacramento and Florin areas and in our common goal of teaching the important lessons that can be learned from their experiences during the evacuation and relocating during World War II.  This guide will be useful for classes in Ethnic Studies, Government, History, as well as for those researching constitutional issues related to relocation and redress.

Our Special Collections and University Archives (SCUA) department houses the Japanese American Archival Collections of the Sacramento State Library but there is also a tremendous amount of material in our Reference and Circulating Collections as well.

This guide should be used as a starting point. It is intended to introduce you to selected books and to point you in the direction of additional research. Most books without prefixes are in our circulating collections; those located in Reference or Special Collections cannot be checked out and are noted with a "Ref" or "Special Collections" before the call number. Click on the call number which is linked to the record in EUREKA for status and floor location.